Arjun Kaliprasad is a renowned tabla artist. He initially started learning Mridangam at the age of 9 and later transited to tabla. Initially, he learned under Pt. Unniraj Kanimangalam and is currently learning under Pt. Shivadas Kemanjeri from Calicut. He is also learning under Shri. Ganesh Gorta and Shri. Dundayya Swamy. He has completed his B.A – Bachelor of Arts in tabla and M.A – Master of Arts in tabla with 1st rank and gold medal. Arjun has accompanied music maestros such as Pt. Haridas Alankode, Dr. Vidwan. Mysore Manjunath, Pt. Ravindra Katoti. He performed on many prestigious platforms such as Sopanam Percussion Festival, Mysore Dasara Festival, Dharmasthala Main Temple, etc. He is a ‘B’ grade artist of ALL INDIA RADIO. He won State Level – South Zone Youth Festival. He is also a part of National Level recording projects. 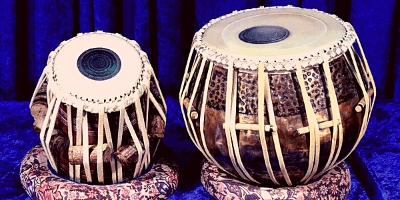 The Intermediate Tabla course is smartly designed to adaptively teach students of various backgrounds, aptitudes, and interests. In this course, after the student has mastered Relas, complicated Teen Taal compositions and other Taals like Dadra, Keherwa, Rupak, and Deepchandi, they can choose to take up a classical Hindustani route versus a ghazal/filmy route to master the instrument. On the whole, students would have mastered the intermediate level of Tabla in a way that they would love to play the instrument..
64 slots left

The course is currently inactive and will be available soon. .
64 slots left
Back to Faculty listing