Madurai M Vijayaganesh is a prime disciple of Shri. A.G.A.Gnanasundaram in the revered violin school of Padmabhushan Lalgudi Shri Jayaraman. A focussed practitioner of Carnatic Music for more than four decades, he has been recognized as an"A" graded artist of All India Radio, Chennai. He is a recipient of the "Youth Excellence Award 2018" by Maharajapuram Viswanatha Iyer Trust and was awarded Shri. Lalgudi G Jayaraman award for the best violinist, in the year 2013 by prestigious Sri Krishna Gana Sabha. He was recognized with the best violinist award by renowned institutions like "Music Academy", "Sri Sathguru Sangeetha Samajam-Madurai", "Saraswathi Vageyakara Trust", "Trichy fine Arts", "Rasika Ranjana Sabha-Trichy" and was honoured by Government of India. He has performed several concerts across various countries and has also released albums such as "Samarpan", "Sollavallaayo" and "Varnamaala" on national television channels. He has performed with seasoned artists like Bombay Sisters, Sudha Raghunathan, Neyveli Santhanagopalan Srimushnam Raja Rao, to name a few. He has also performed with contemporary musicians like Abhishek Raghuram, Sikkil Gurucharan, Nisha Rajagopal, Gayathri Venkatraghavan, Amritha Murali, Kunnakudi Balamuralikrishna, Sriram Parthasarathy and Mambalam Sisters at various prominent places

Actively accompanying renowned senior Contemporary musicians for performances along with solo performances as well Has an overall experience of more than 40 years and is one the most renowned artists in the carnatic music fraternity Has performed several concerts around the globe with top musicians like Bombay Sisters, Sudha Raghunathan and Abhishek Raghuram, to name a few.

In this course, students will be exposed to the fundamentals of Carnatic music and Violin bowing/fingering techniques. The course is made of 5 modules that focuses on the teaching the students the fundamentals of carnatic music upto the Geetham and Swarajathis level. On the completion of this course, students will be ready to play very simple carnatic songs (Krithis) on the Violin, thereby making them eligible for the Intermediate level, where they will be learning Varnams and Krithis..
192 slots left

This course provides in depth Carnatic Violin training that includes playing complex varnams in different speeds, advanced level krithis (including 1 Pancharathna Krithi) and techniques to achieve dexterity over Violin. This course also focuses on Kalpana swara training and Raaga Aalapana training. On completion of this course, students will be able to handle the instrument with great ease and play complex Carnatic music krithis with simple kalpana swaras, neravals and raga aalapanas..
184 slots left

The Violin takes the lead in the family for its mellifluous sound and wide range of applications. Violin plays a vital role in Western music. The most extensively used instrument in an orchestration is the violin followed by the viola, cello and double bass. Any symphony in music is incomplete without the presence of the violin as it is believed to bring out the soul and essence of a song. It's usage in Western and film music is very vast as it is used in accompaniment, orchestrations and also in lead. This course is designed for students who aspire to play western compositions on the Violin. The student will be trained in the basics of Western theory, Anatomy of the violin and it's usage. The student will be learning and understanding history of the genre of music. This course also includes in training of sight reading, various bowing techniques and finger position techniques. With accurate finger training and ear training, the student will be taught to apply the fundamentals in famous compositions..
120 slots left

The course is currently inactive and will be available soon. .
120 slots left

The course is currently inactive and will be available soon. .
120 slots left

This course focuses on transforming a student into a complete Carnatic musician by training the student in various aspects of mano dharma. This course provides rigorous training on the nuances of Carnatic music like elaborated raga alapanas, Swara kalpana and neraval training. This course also provides concert training and raagam thanam pallavi training. On completion of this course, the student will be a complete Carnatic Violinist, well equipped to perform full time music concerts and achieve his/her musical ambitions..
120 slots left

Violin is one of the most versatile instruments that fits beautifully across various genres of music like Carnatic, Western and Filmy. Violin plays an indispensable role in Film music, Hollywood to Bollywood to Tamil Films, with some exceptional music composers using the Violin to its fullest potential. This course is designed for students who aspire to play Film numbers on the Violin. The student will be trained in the basics of multiple genres that will help him understand and appreciate the nuances of film music compositions and play them on the Violin with such ease and grace..
112 slots left

In this course, students will be trained in the the fundamentals of Carnatic vocals that includes Varisaigal, Alankarams, Geethams, Swarajathi and Simple Carnatic Krithis. This course also involves basic theory lessons and voice training. On completion of this course, students will have a good idea about the basics of Carnatic music - the raaga and thala system and will be ready to sing simple carnatic krithis. The students will also be eligible for the Intermediate level in which they will be trained more advanced concepts like Aadhi thala Varnams, Ata thala varnams and advanced Krithis (Carnatic Songs)..
704 slots left

Film vocals is all about bringing out the emotions through voice. To become a successful playback singer students need a strong foundation in music and a cultured voice. This course, a perfect blend of carnatic music training, hindustani voice culture exercises and playback training, exactly provides you all the skills that you need to excel in film vocals. This course will also train students in singing film numbers that convey different emotions. On completion of the beginner level of this course, students will have a good grasp on the fundamentals of music and will be able to sing simple Indian film numbers in perfect pitch and rhythm. .
608 slots left

This course is equivalent to Grade 1 – Grade 3 of the Trinity syllabus for rock pop vocals. In this course, students will be trained in the following: Song training that includes breath control training, voice training, dynamics training, one complete song for technical focus, session skills training that includes Playback singing or Improvisation training. This course will provide a great head start to rock pop vocals and voice culture. On completion, student will be completely prepared for the Trinity Rock Pop Grade 1 - Grade 3 certificate exams. .
584 slots left

This course is equivalent to Grade 4 – Grade 5 of the Trinity syllabus for rock pop vocals. In this course, students will be trained at an intermediate level in the following: Song training that includes Breath control training, Voice training and Dynamics training, one complete song for Technical Focus, Session Skills training that includes Playback singing or Improvisation training. On completion, student will be completely prepared for the Trinity Rock Pop Grade 4 - Grade 5 certificate exams. .
584 slots left

This course is equivalent to Grade 6 – Grade 8 of the Trinity syllabus for rock pop vocals. In this course, students will be trained at an advanced level in the following: Song training that includes Breath control training, Voice training and Dynamics training, one complete song for Technical Focus that includes Head and Chest Voice Training, Session Skills training that includes Playback singing or Improvisation training. On completion, student will be completely prepared for the Trinity Rock Pop Grade 6 - Grade 8 certificate exams. .
584 slots left

In this course, students will be trained in the the fundamentals of Hindustani vocals that includes Shruthi Setting, Voice modulation training (Karach and Uperstayi), Swara Parichay, Swara Sadhana, Thalam training, Implementation of basics into different thalams and introduction to 4 basic raags. On completion of this course, students would have a strong fundamental knowledge about Hindustani music, the raags and thaals. The course exposes and trains the students in theory, shruthi and laya aspects of vocal music. This course also involves breath control training and voice culture..
600 slots left

In this course, students will be trained in the the some of the core concepts of Hindustani vocals that includes Swara Malika in which the students will be trained to sing a compositon without the sahithyam in the form of notes, Lakshana Geethams that emphasizes on creative singing, aalap and vistaar singing that improves various aspects of singing. This course also involves mapping the Bandish learnt to the Swaras and the rhythm patterns of fours to Teentaal..
592 slots left 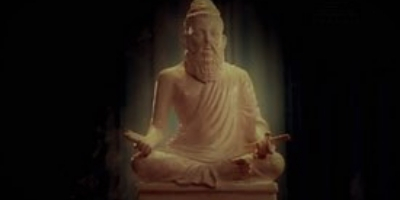 Tamil is one of the oldest (Dates back to 300 BC.), finest and the longest-surviving classical languages in the world. Tamil is believed to have been bought to the earth by the god himself. The sweetness and the divinity of the language is a proof for the same. Tamil, thanks to the vast vocabulary and variety of syllables, has also produced some of the finest poets like Thiruvalluvar, Manikkavasagar, Nakeerar, Papanasam Sivan, Andal and so on, whose works have been appreciated and quoted by scholars all over world. Bmusician is proud to launch this ‘Tamizhisai’ course, which is the first of its kind, aims at teaching the students some of the gems of Tamil literature like the Thevaram, Thiruvasagam, Andal Thiruppavai and so on, tuned in beautiful Indian Carnatic Ragas. In this Beginner level course, students will learn the basics of Carnatic music, Panniru Thirumurai, Thiruppugazh, Naalaayira Divya Prabandham, Papanasam Sivan and Mahakavi Bharathiyar songs written by some of the greatest poets of the language - Thirugnaana Sambandar, Thirunavukkarasar, Sundhara moorthi nayanar, Manikkavasagar, Karaikkal Ammaiyar, Andal, Papanasam Sivan and Mahakavi Bharathiyar respectively. The course provides a fun and exciting way to learn some of the greatest works of the Tamil literature. .
560 slots left
Back to Faculty listing