Sumanth Achar is a well-liked performing Morsing artiste who has shared stage and accompanied several senior artists in the field of Carnatic music. Hailing from a family of musicians, Sumanth Achar developed his love for the art from a very early age. His great grandfather Bellary Sri M. Raghavendra Achar was a famous violinist of yester years. His grandfathers Vidwan Sri Bellary M. Venkatesh Achar & Vidwan Sri Bellary M. Seshagiri Achar were well known as Bellary Brothers in the field of Carnatic music. Under the tutelage of his father, Sumanth has mastered the art of Morsing over the years. His first stage performance was at the age of 19 with his aunt Smt. Vani Sathish one of the leading artist in Carnatic music. He was noted for his unique style of playing, as it had a rich tonal clarity and canarous beauty. Sumanth has also learnt the mridangam under Sri. K.U. Jayachandra Rao and is equally proficient in the Western drums. He has completed 6 Grades in the Western drums from the Trinity College of music, London. He is also the recipient of REV.SR.David, F.M.M prize for the youngest topper in the professional level. His electrifying performances has always made the artists in awe and he has never failed to impress the audience. While the artists have appreciated his accompaniment, the audience has admired him.

He has developed a unique style of playing Morsing, as a performer his playing technique consists of rich tonal clarity & melodic beauty. He has also undergone the tutelage of mridangam under Vid K.U. Jayachandra Rao He has been successful in impressing the artists & the audience alike. While the artists have appreciated his accompaniment, the audience has admired him He has performed in various places in Karnataka as well as in Chennai. He has accompanied several senior artists of Carnatic music. 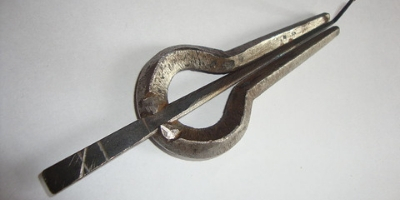 This course will provide a great head start to Indian Percussion and the basic lessons in playing this unique instrument. This well-structured course consists of around 10 modules that educates students about the fundamentals of Indian carnatic percussion and trains the students in playing complete Aadhi Thalam lessons on the Morsing. On completion, students will have a good understanding of the Indian rhythm system and will be ready to play a simple solo in Aadhi thalam on the Morsing..
24 slots left

In this course, students will learn complete Kanta chapu (5 beats) and any two of the 35 thalams. This course also focuses on teaching the students the advanced mathematics involved in Indian Percussion, Korvai Composition techniques and advanced song accompaniment techniques. This course also involves Korappu training. On completion of this course, students will be able to perform solos with Mridangam or accompany complex songs in Aadhi, Rupakam, Misra Chaapu thalams and Kanta Chapu thalams in both Vilamba kaalam and Chowka kaalams..
16 slots left

In the intermediate konokol course, students will learn complete Rupaka (6 beats) and Misra chapu (7 beats) thalams. This course also focuses on teaching the students the mathematics involved in Indian Percussion. On completion of this course, students will be able to perform brilliant solos in Aadhi, Rupakam and Misra Chaapu thalams..
32 slots left
Back to Faculty listing